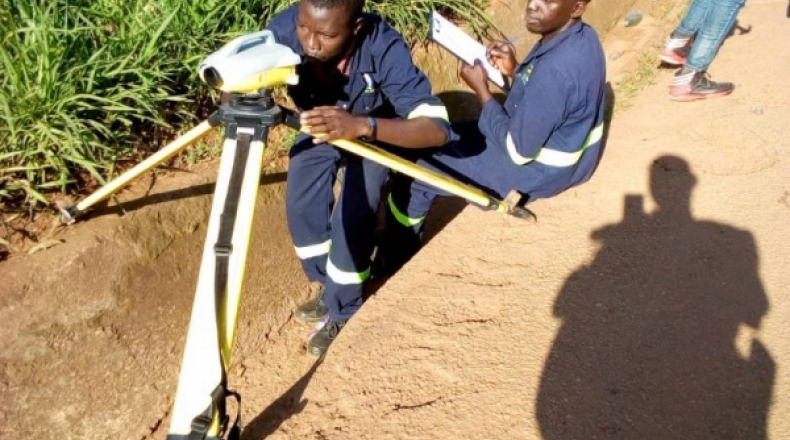 The Standard Gauge Railway project (SGR) has completed the establishment of 25 new Survey Control Points sites from Tororo to Kampala.

The new control points will serve as reference points during construction of the railway.

The development is a major milestone in the journey towards the realization of a modern railway network for Uganda and East Africa.

Control points are small concrete castings measuring an area of one square metre. They are constructed using aggregate, cement, sand, water and an Iron rod to aid surveyors with reading of the latitude, longitude and height above sea level of a place. These measurements are taken to ensure accuracy and a near to perfect level of the structure in question.

For the construction of the railway, National Survey Control points should not be more than five (5) years old, the old survey control points were mostly destroyed. However even the existing ones are not accurate and were established using old technology.

The SGR has established beacons that have X, Y and Z coordinate values which is critical for railway development unlike the old points (beacons) which either only have X, Y or only Z Values. The new survey beacons will be based on the latest International Terrestrial Reference Frame (ITRF).

The beacons that will be used as reference points for the development of the SGR must be on the international system because SGR connects to the four countries (South Sudan, Kenya, Rwanda and Uganda).

The building of these control points is one of the major pre-construction activities the project has undertaken alongside others like harmonization with other projects like UNRA, NWSC, KCCA, land acquisition, bilateral agreements with Kenya, design conclusions and financial negotiations among others.

The same National Control Points will also be used for other projects like roads, bridges and even surveying private land thus helping in averting the numerous land conflicts in the country.

Establishing them involves survey work like levelling through communities and satellite observation.

The exercise was conducted in the districts of Kampala, Wakiso, Mukono, Buikwe, Jinja, Mayuge, Luuka, Iganga, Namutumba, Butaleja, Tororo, Mbale and Busia. They are mostly built in public institutions like churches, mosques, schools, health centres upon the engagement of the administration and leadership of these facilities right from Tororo to Kampala.

They are built to last several decades.

Control Points were first built in the early 1960’s all over Uganda by the Department of Survey and Mapping for purposes of planning land use, and for providing accurate measurements for high precision structures such as roads and bridges.